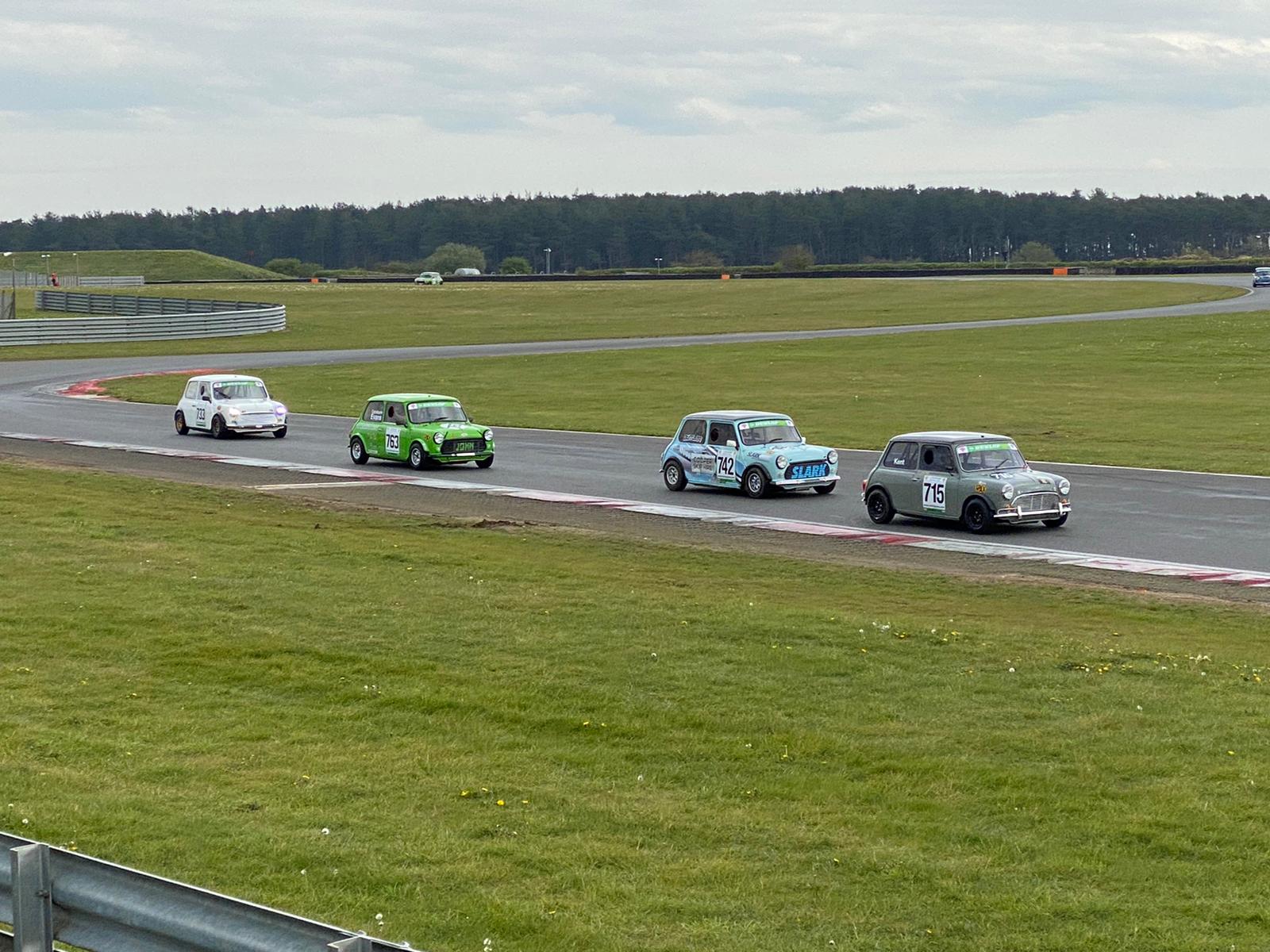 Former BTCC winners Andrew Jordan and Jeff Smith triumphed twice apiece in their respective Mini Miglia and Se7en double-headers over the 8-9 May weekend in Norfolk, with newcomer Michael Winkworth also bagging a brace in the S-Class category.

The 1.3-litre Miglias raced first on the Saturday afternoon, on a still greasy track following rain in morning qualifying. Jordan led from pole and never looked in danger as behind Rupert Deeth headed the chasing pack from Ben Colburn, although the race ended behind the Safety Car for a stranded car. On the Sunday, not even a shower before the start could deter Jordan who stormed up from the 4th row of the reverse grid to again make a break, reigning Champion Aaron Smith followed by Deeth not quite able to reel him in before the chequer flag.

In the concurrent Libre class, Richard Colburn failed to take up his Pole slot in Race 1 due to a broken wire, but made up for that by winning Race 2 the next day after closest challenger Peter Crewes dropped out in his 7-port, having won the previous day’s encounter.

With qualifying on the Saturday, the 1.0-litre Se7ens had both their races on Sunday, and Jeff Smith pretty much mirrored Jordan’s progress by leading from pole in the morning run ahead of Joe Thompson and Spencer Wanstall, and then followed that up with victory from 8th on the grid in the afternoon, the latter very much a case of being on the right tyre choice of slicks, despite another rainshower before the start. Smith’s title rivals Thompson and Wanstall opted for wets and rued that choice as they gradually dropped back, allowing Connor O’Brien and Jonathan Lewis through to battle over the podium positions.

Similarly, Winkworth cleaned up in the limited tuning 1275cc S-Class although his wins weren’t so clear cut, as Damien Harrington hounded him throughout with Matt Ayres shadowing the pair for 3rd in both races, and teenager Ryan Taylor again turning heads especially when he nearly rolled at the Esses!

As at Silverstone in April, race organiser BARC had set-up live screening of all the action and, as with Owens Motorsport sponsorship at Silverstone, thanks to backing from MED Engineering on this occasion footage was again available to view on the M7RC Facebook page, with thousands more Mini race fans tuned in over both days.

With 4 rounds completed, there is now a 5-week gap before the National Mini Challenges supported by Mini Spares reconvene, and it’s back to Silverstone on 12-13 June but on the full GP layout. Should be another cracking weekend!