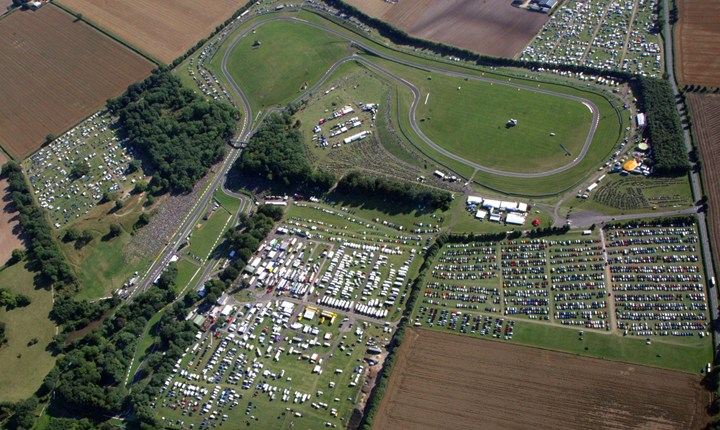 AFTER A BREAK IN 2020 THE CLASSIC MINI 7 CHALLENGES RETURN TO CADWELL AND BRING A HUGE ENTRY TO ONE OF THEIR FAVOURITE CIRCUITS ON THE CALENDAR, SO EXPECT NOTHING LESS THAN ACTION-PACKED RACING FROM FOUR DISTINCT CLASSES

With four different winners in six races, and several others who have taken turns in the lead, the top-tier Mini category continues to put on sparkling entertainment for the fans. After the trip to Silverstone on the GP circuit last month, heading the standings is former BTCC champion Andrew Jordan whose best scores came with a double-victory at Snetterton in May.

However he has been pegged back by reigning triple Miglia champion Aaron Smith, a winner last time out and only once not in the podium positions at the chequered flag this season.

Third lies Ben Colburn who has switched across from Clios along with brother James, the Westbourne team still running Renaults but various historic cars too, while twice former champion Rupert Deeth isn’t far behind either despite a couple of DNFs.

Look out too for Kane Astin, Sam Summerhayes and Colin Peacock to be on the leaderboard, and for former Se7en champ Ashley Davies who is set to make his Miglia debut. Other race winners in 2021 include Endaf Owens and Nick Padmore although neither are down to race at Cadwell this time around.

Despite running perhaps the least powerful engine set-up in this category, Les Stanton’s consistency in racking up finishes, including a couple of second places, sees him atop the points, although closest challenger Richard Colburn is due to return this weekend having been racing in historics at Thruxton last month when the Libres were at Silverstone.

Just 2 points separate former BTTC race winner Jeff Smith and Mini veteran Jonathan Lewis at the top of UK’s oldest one-make saloon car championship. Smith has won twice, at Snetterton, while Lewis took an emotional victory last time out at Silverstone, as it was 41 years ago that he took the overall title.

Nick Croydon-Fowler is next up and although a winner in the S-Class has yet to reach the top spot in Se7ens but don’t rule that out this weekend. Three Silverstone victories mark out Joe Thompson as a title contender also, along with Andrew Deviny who has won the National title three times in the past, and Spencer Wanstall, twice a runner-up.

Of the rest in an ultra-competitive line-up, Connor O’Brien is the reigning S-Class champ and has also won in other Mini categories, and Darren Thomas is a proven race winner in the category, along with Ross Billison and Graeme Davis. Of special interest too will be the series debut of former BTCC/GT frontrunner, and now leading historic preparation team owner Mike Jordan, also dad of Miglia points leader Andrew Jordan!

Quite unlike the other three Mini categories, the ‘Scholarship’ class has seen a near whitewash to date, with newcomer Michael Winkworth – a former autograsser – having cleaned up in all six races held, including extra points for five fastest laps.

However, it won’t be for want of trying by his rivals to narrow the gap, and leading the chase is Matt Ayres who has a trio of third places to his credit, with the likes of Damien Harrington, Ryan Taylor and Darren Cox also running Winkworth the closest.