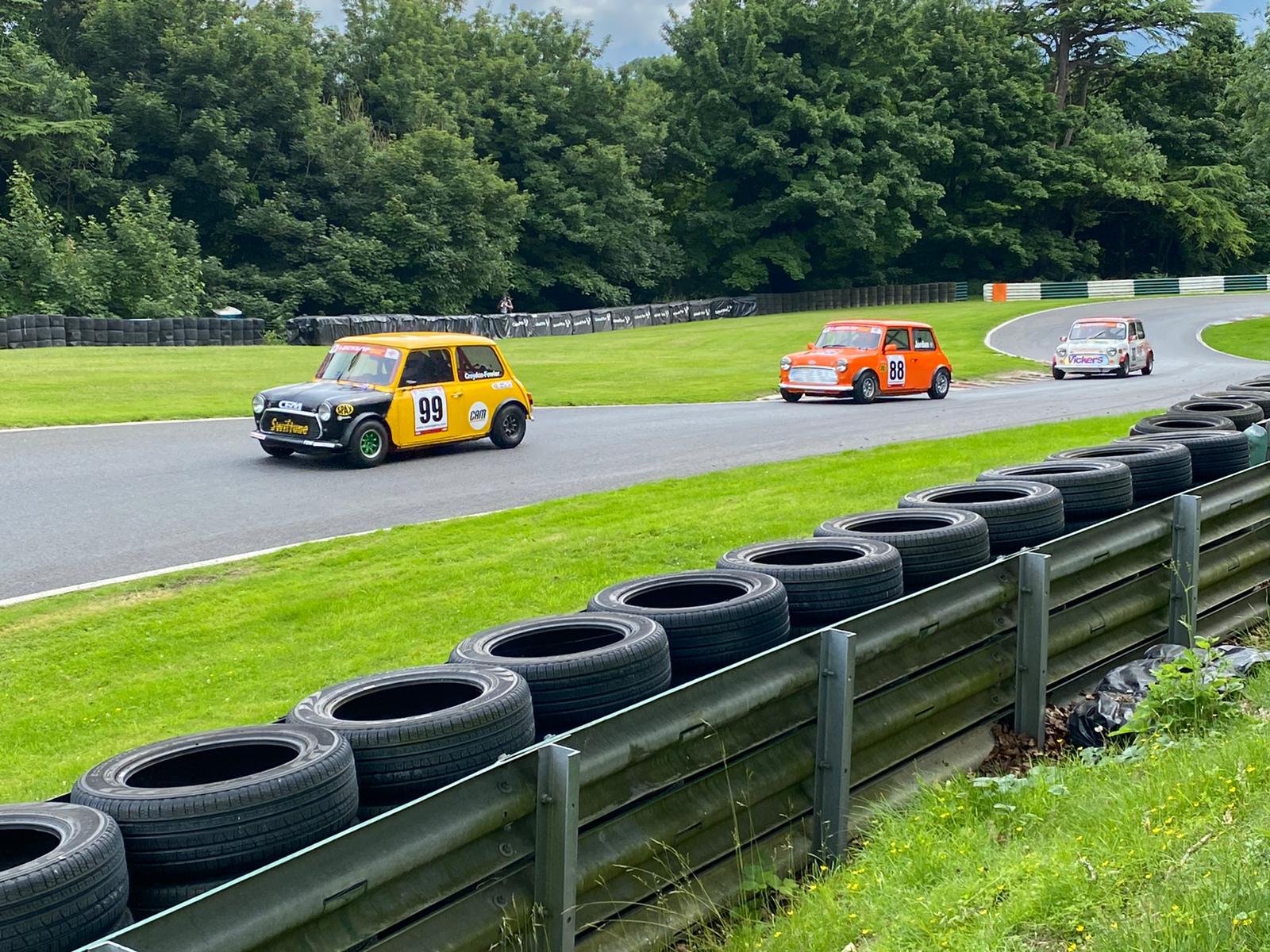 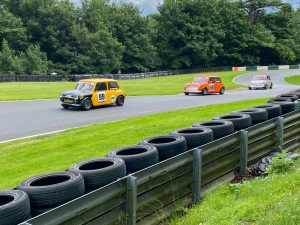 With the holiday season imminent, the racing in the Mini Challenge certainly ignited the summer senses at Cadwell Park on 10-11 July

Near capacity grids and lights-to-flag action again put the Mini 7 Racing Club in the spotlight, with four scorching races that drew praise from all quarters at MSVR’s ‘summer festival’ meeting last weekend.

Miglia points leader Andrew Jordan started as he meant to carry on, setting pole position in Saturday afternoon qualifying before converting that advantage into a narrow victory the following morning, chased all the way by a fiercely dicing trio of Kane Astin, Aaron Smith and Rupert Deeth before red flags ended the contest early, a legacy of Richard Colburn’s Libre going off heavily at the Gooseneck and handing the class win to Phil Harvey.

Jordan repeated his Miglia win in the afternoon encounter, but not before a determined charge saw him rise from 8th on the grid to hit the front a lap from home, also lowering the lap record further after Deeth had done so in the earlier race.  Astin had led for the majority before losing out to Jordan around Coppice at the second time of asking, with Smith right on their tails in 3rd from Ben Colburn, Deeth having dropped to 5th in a last-lap re-shuffle. Harvey again won in Libre from top of the standings, Les Stanton.

The Se7ens and S-Class Sunday lunchtime opener also saw a win for the poleman, Jonathan Lewis calling on all his experience to recover from a slow start and work his way back to the front ahead of Jeff Smith, Spencer Wanstall, Nick Croydon-Fowler and early leader Joe Thompson, who lost out most in the last corner scramble onto the home straight. S-Class honours once again went the way of Michael Winkworth, leading from pole and able to maintain a few seconds gap back to his closest rivals led by Damien Harrington from Dave Rees.

Last race of the day was well worth the wait, as Croydon-Fowler finally laid claim to the Se7en’s top spot after a fabulous contest with Smith and Thompson, each leading before it came down to a tactical gamble into the last few corners, canny use of a backmarker enabling the eventual winner to drag to the line by a mere 0.191 secs, Smith’s consolation a new lap record – what a terrific finale! Winkworth underlined his S-Class dominance, this time moving up from the 4th row to lead within a few laps, setting a new class lap record and taking the chequer even further ahead of a fabulous scrap for 2nd in class, eventually led by Darren Cox from Matt Ayres, Greg Daw and Ryan Taylor after Harrington pulled off when at the front of the queue.

Rounds 9 & 10 in the Dunlop National Mini Challenges supported by Mini Spares are set for arguably the biggest meeting of the season, the Mini Festival at Brands Hatch on 21-22 August. Don’t miss it!