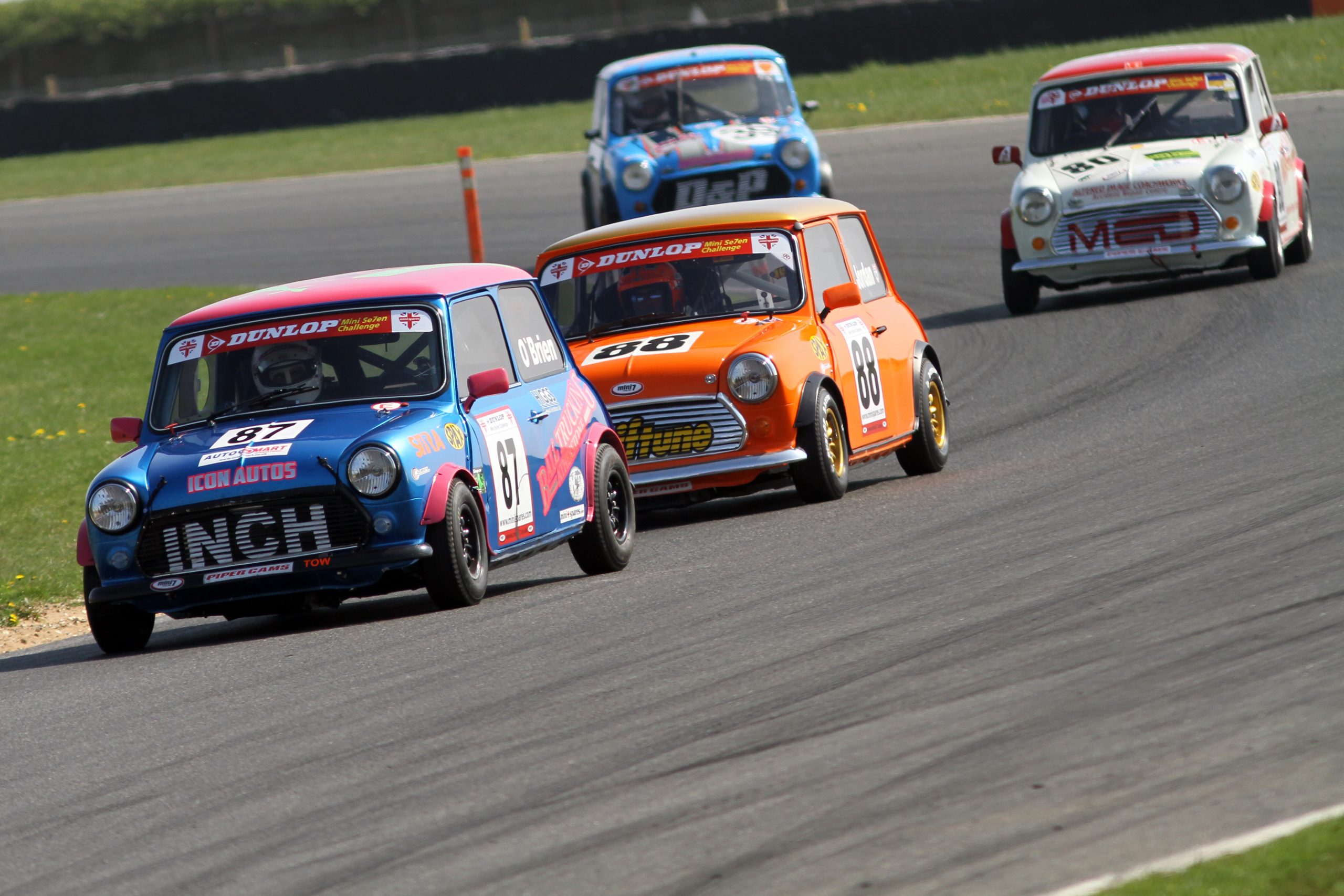 The form book was well and truly set in the opening Se7en/S-Class race on Saturday afternoon, with polesitter Mike Jordan making it three-from-three ahead of Connor O’Brien and Joe Thompson. Having rolled out of the lead in the previous Silverstone round, Spencer Wanstall was back in the hunt in a replacement car, but a mid-race spin dropped him back behind the equally competitive Glen Woodbridge in 4th. Sunday’s encounter saw the same trio out front from their reverse-grid starts, but on this occasion O’Brien made an early break to win with ease, leaving Thompson and Jordan to dispute the podium spots. Wanstall was again in the hunt before a penalty demoted him to 5th, again behind Woodbridge.

In S-Class, reigning champion and Silverstone double-winner Michael Winkworth almost saw his weekend over after a faltering getaway from pole position, somehow continuing as other cars collided in avoidance. Despite this delay, Winkworth eventually found a way back to head the class from Frazer Hack and Damien Harrington for his 3rd win of the season. Starting from the 4th row for Sunday’s second run, Winkworth banged-in a mega opening lap to secure the lead once more, thereafter working his way efficiently through ‘traffic’ to keep Hack in 2nd once more, with Matt Ayres edging Harrington and Matthew Page for the final class podium position after a terrific scrap.

Arguably the Miglias were the slipstreaming stars on both days, with the leading battles featuring no less than half-a-dozen contenders throughout. Rupert Deeth got the nod in the first race, edging out Aaron Smith by just 0.208s at the chequered flag, followed in a blink by Jeff Smith, Kane Astin, Ben Colburn and Ashley Davies. On Sunday, Aaron Smith went one better despite a ‘bump’ at The Esses with Astin, Jeff Smith taking the runner-up spot from Astin as Deeth dropped to 4th ahead of Davies and Lewis Selby once Colburn had lost ground when edged out at The Bombhole.

Unfortunately in the Libre category, post-qualifying woes for his rivals meant only Richard Colburn came to the grid but the veteran brought his 5-porter home on both occasions to assume the class points lead heading to Cadwell Park on 21-22 May, and what promises to be a cracker around the scenic Lincolnshire venue ●