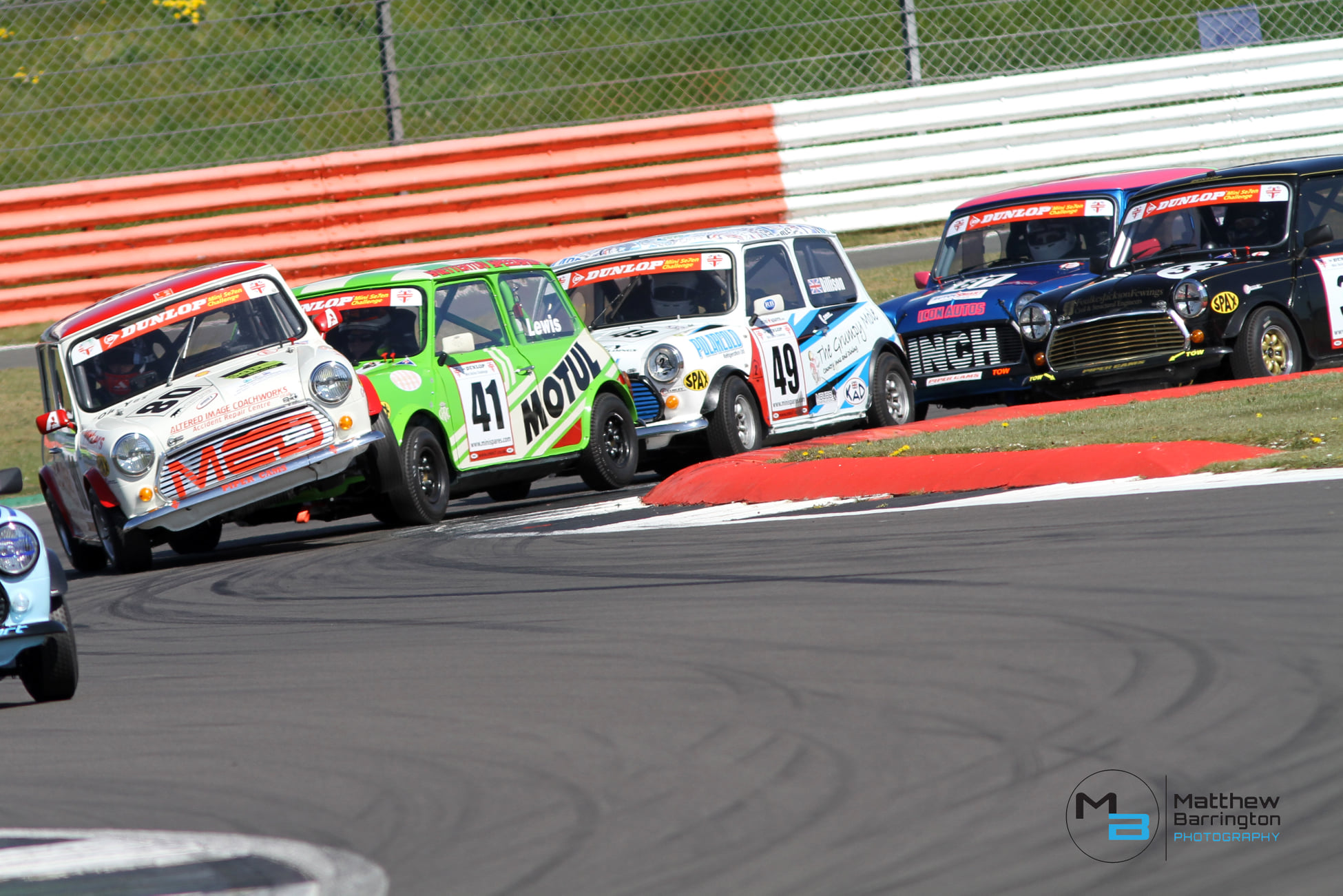 Brilliant Mini racing at Silverstone on 24-25 April proved a hit for ‘lockdown’ viewers tuning in to watch the action on live screening channels, with the combined winning margins of all four races totalling less than a second!

Both Miglia encounters saw between 6- and 8-car trains in contention throughout, with Endaf Owens holding off tremendous pressure to take the opening victory on Saturday, while Nick Padmore came through to triumph in Sunday’s repeat, further lowering the lap record after Sam Summerhayes’ fine effort the day before. Former BTCC champion Andrew Jordan twice had to settle for 2nd while reigning Miglia titleist Aaron Smith scored a brace of 3rds.

In the Libre category, Richard Colburn landed a double, despite a jump start in the first race.

Jeff Smith and Spencer Wanstall looked to continue their Mini Se7en title battle from last season, but it was Joe Thompson returning from a year’s hiatus who came through brilliantly to claim both victories by a proverbial whisker from Smith, the latter also setting a new class lap record for the International circuit. Wanstall claimed a Race 1 podium but retired in the second as Nick Croydon-Fowler stormed up the order to third on the Sunday to pip Jonathan Lewis, the latter returning to the category 41 years after he won it in 1980!

It was equally intense in the concurrent S-Class, newcomer Michael Winkworth ahead at the chequered flag both times, with Damien Harrington running him the closest of several challengers.

The M7RC received amazingly positive feedback of the fabulously entertaining action, with eyebrow-raising viewing figures, and perhaps best summed up by an incredulous driver at Silverstone from another race series who commented: “How do they race so close, nose-to-tail?!”

Despite the continuing spectator restrictions under COVID-19, it’s still ‘roll on’ Snetterton in Norfolk over the 8-9 May weekend for Rounds 3 & 4 in the Dunlop National Mini Challenges supported by Mini Spares ●