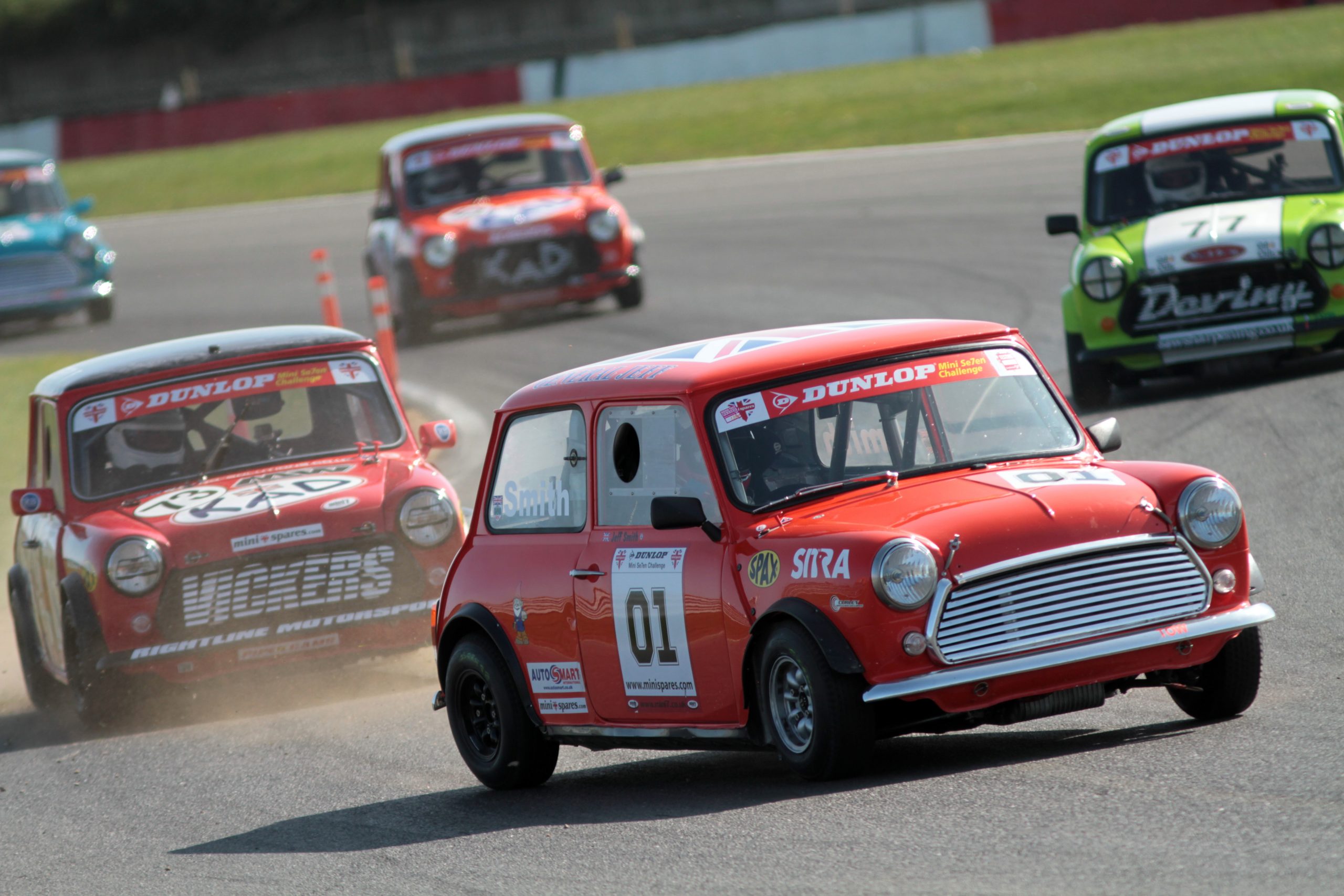 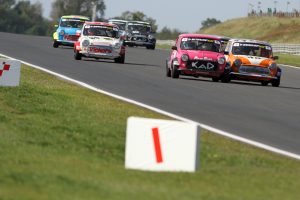 Appreciative motorsport fans were treated to another superb weekend of Mini racing action on 19-20 September in sunny East Anglia, with separate double-headers for Rounds 6 and 7 in the National Mini Challenges producing four equally entertaining battles around the longer 300 Snetterton circuit.

The Se7ens and S-Class cars were out together first on Saturday mid-afternoon, reigning champion Jeff Smith taking a narrow victory and new lap record ahead of points leader Spencer Wanstall, with early leader Andrew Deviny right on their tails at the chequered flag. It was the same order on Sunday morning, although Smith only clinched it on a 1-lap slip-streamer restart following a safety car intervention.

In the ‘ScholarshIp’ class which elected to start 10s behind the Se7ens, Connor O’Brien was back to winning ways, although he was made to work hard for both victories by Thorburn Astin, the latter setting a new class lap record in the second race, while Ben Butler and Damien Harrington completed the trophy positions on Saturday and Sunday respectively, the latter after Jonnie Kent tumbled over the Esses kerbs, thankfully emerging with only slight bruising from a rather beaten-up ‘shell.

Honours in the shared Mini Miglia with Libre events were possibly even closer fought, and the head of the field gradually whittled down to a three-way fight between Rupert Deeth, reigning champion Aaron Smith and Lee Deegan, Deeth winning on Saturday by a nose, then Deegan on Sunday by a breathtaking 0.001s on the run to the flag as Smith maintained his series lead with a brace of 2nds, not to mention a new lap record too.

The semi-invitational Libres saw a back-of-the-grid charge from Dan Lewis to win the class on Saturday, including a new lap record, ahead of reigning class titleist Phil Harvey from Rob Davis who recovered from a big ‘moment’, while Davis and Lewis then traded Sunday’s lead before the latter’s 8-port began trailing a smoky trail of oil vapour which led to his demise, Davis spinning off and stalling, and then newcomer Craig Cox who stopped near the end when in front, leaving Peter Hills to collect maximum points in his 16V.

Fingers (and toes) will be crossed that the season will continue beyond the current COVID-19 ‘lockdown’ rumours, and the next instalment for Rounds 8 and 9 in the Dunlop National Mini Challenges supported by Mini Spares, which are due in a fortnight at Castle Combe in Wiltshire on 3-4 October  ●